This project will be stage one in an audacious vision to create a large-scale virtual reality performance in a popular tourist site such as Byron Bay lighthouse. With a single headset, the site can suddenly and repeatedly transform into a virtual performance, akin to a Punch Drunk’s `Sleep No More` immersive world. Bringing the unimaginable and surprising delight of a large-scale performance to the tourist’s experience of that place.

Spring boarding off site specifc work `15 Ross street` set in an iconic Australian backyard, the lives of 3 Australian women, living in a NSW coastal town will be uncovered through a 360° vision augmented world with a tinge of domestic  and mundane surrealism inspired by David Lynch´s surrealism. 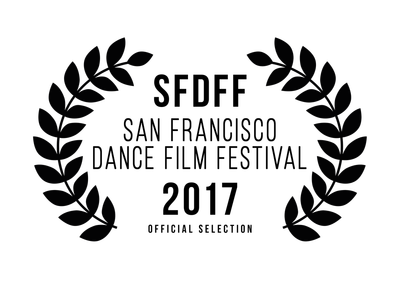 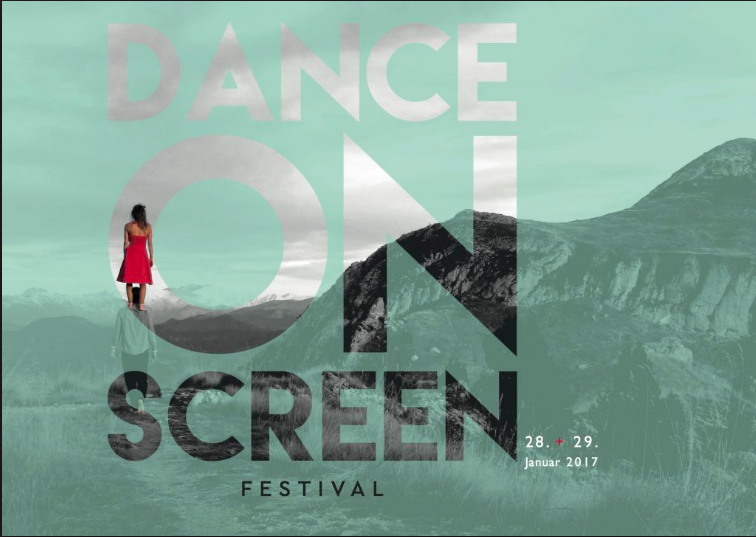 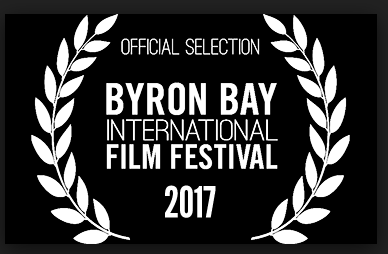 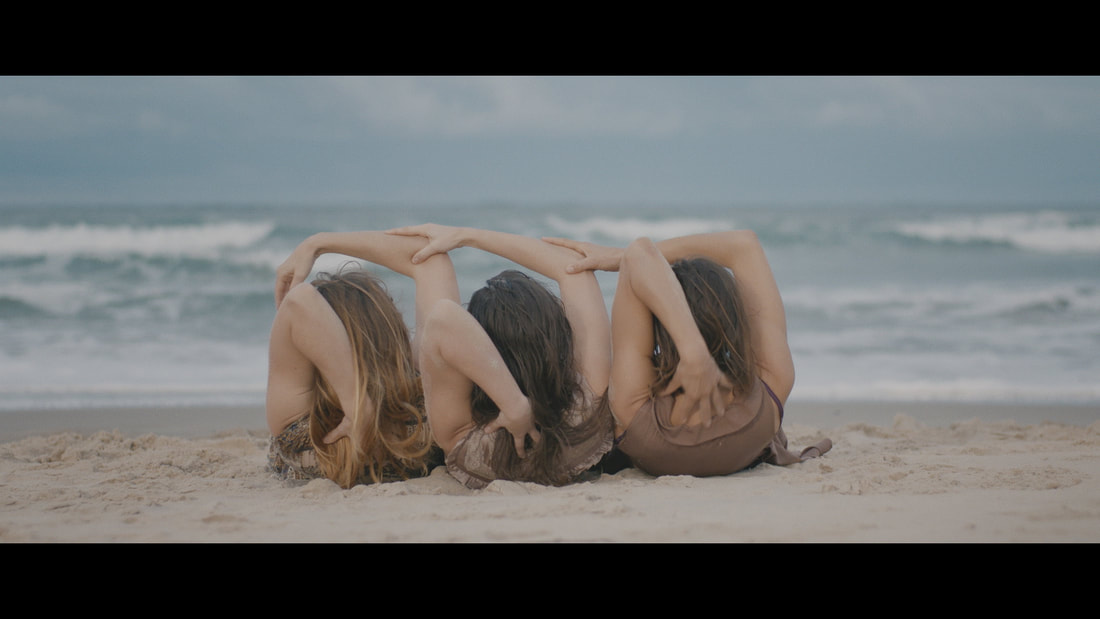 watch movie
Gogi explores the powerful inheritance of female independence and sisterhood, the discomfort of being lonely and yet the unspoken sense of unison of sisterhood with nature and women. The call of the ocean inspires a longing to be and to move as one organism.
Filmed across breathtaking Australian landscape, this poetic short film is carrying a journey of separation and fragility arriving in unison and femininity.
​
​Produced by choreographer and dancer Viviane Frehner,
Director of photography Stefan José
Choreography and dance by Viviane Frehner in collaboration with  Alicia Harvie and Ashleigh White
Sponsored by  Gogi (1927-2014) 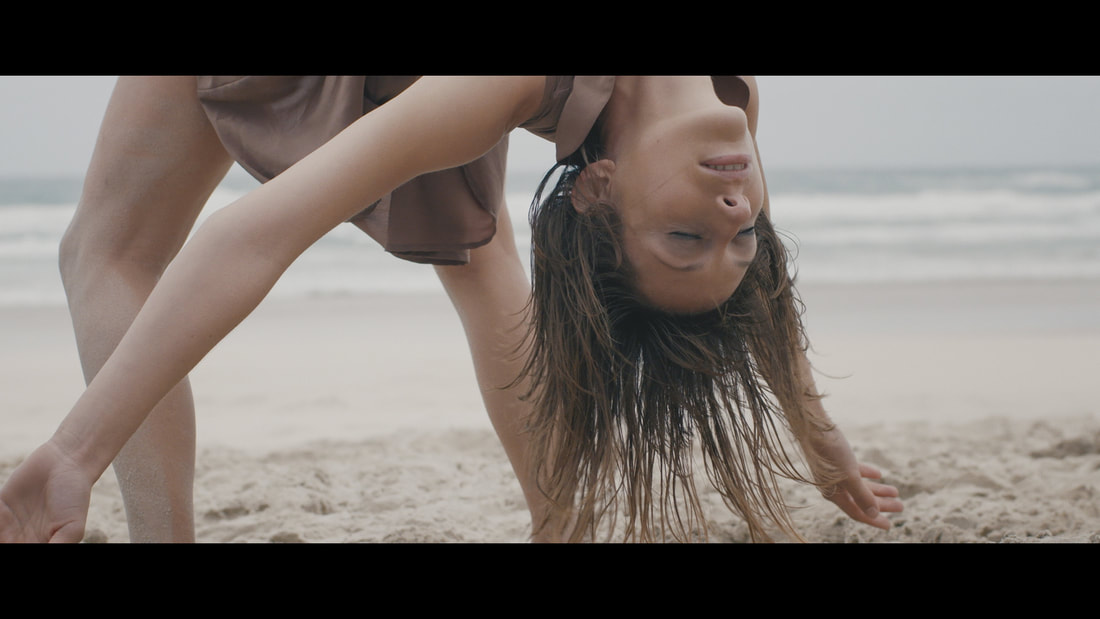 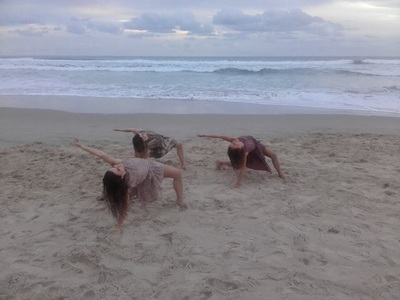 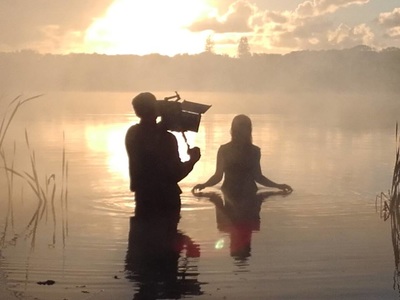 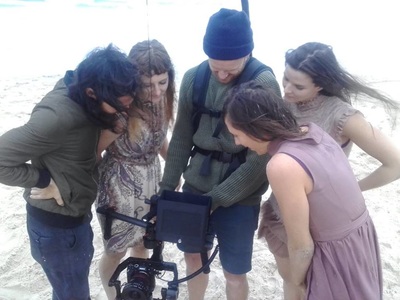 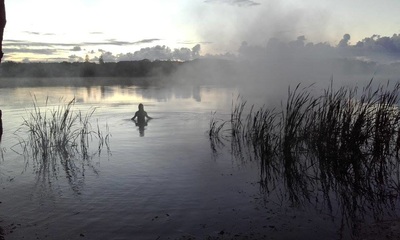 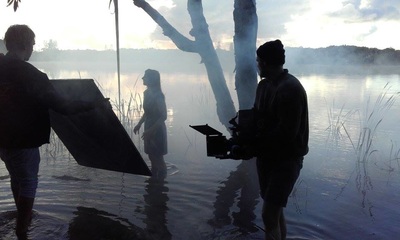 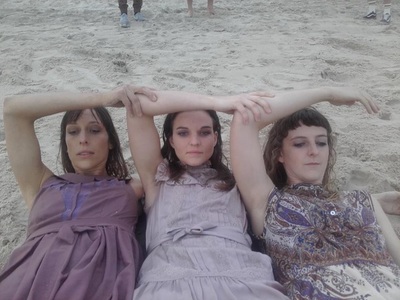 a site specific performance for
Commonwelath Games and Bleach Festival 2018 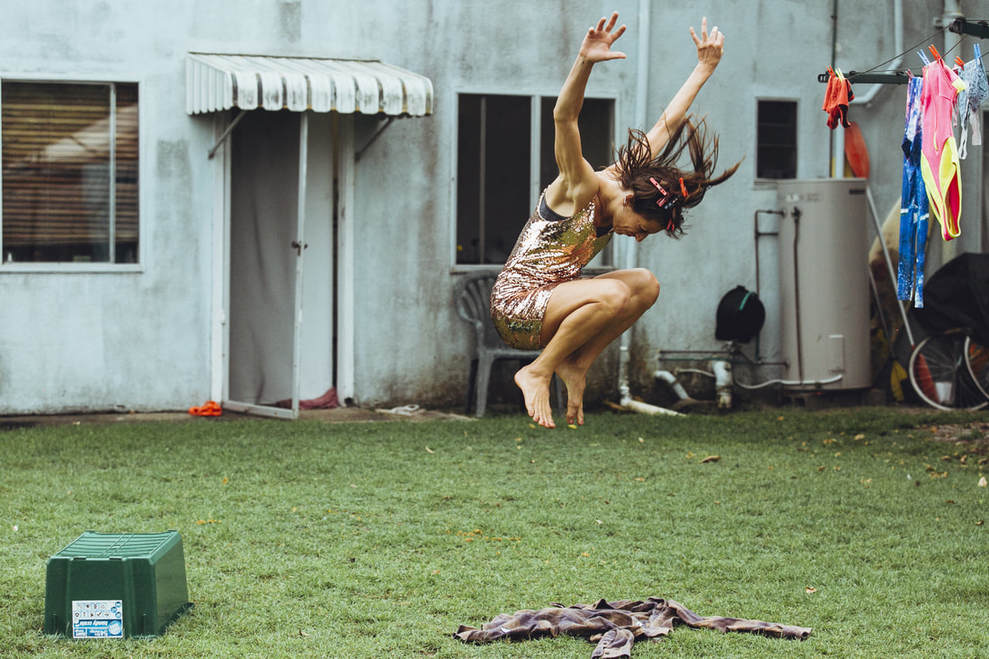 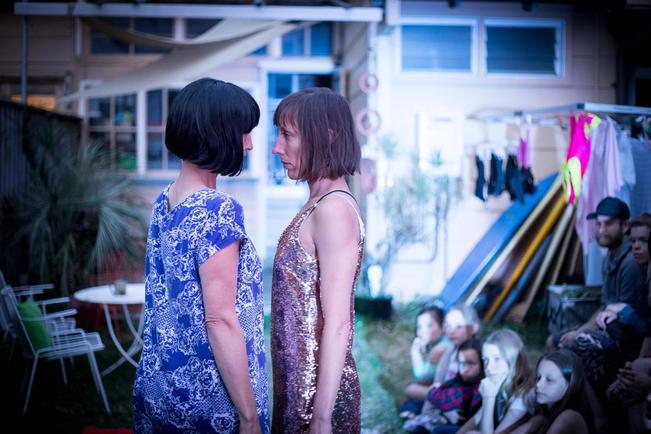 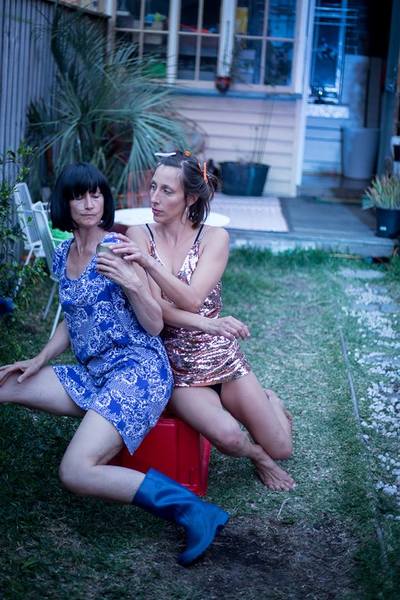 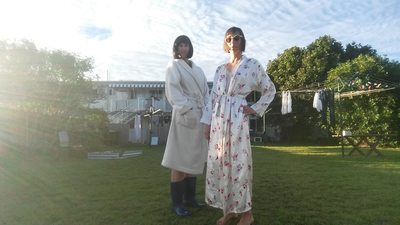 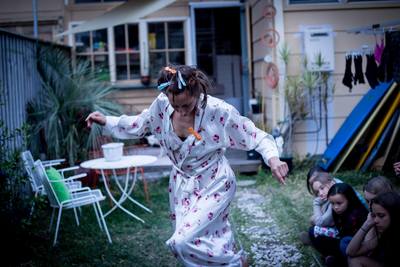 ,This site specific dance duet set in an iconic Australian backyard explores two housewives´ intimate realms and is playing with poetic surrealism in suburban mundanity.
The dance piece is experimenting with the phenomena of (secret) observing of domestic rituals and habits which are common amongst neighbours-their situation becomes poetic as viewed from the outside as opposed to being inside the mundane.
Two women who are sharing space and live very proximally and at the same time live in isolation – is a very typical Australian characteristic. The research will explore the dynamic of a love/hate relationship which is being created by the annoyance of being forced to live with random human beings that would never be our friends, but then the possibility of them becoming the closest witness to our lives and possibly a support.

performed at Crack Theatre Festival 2017 and in Lennox head 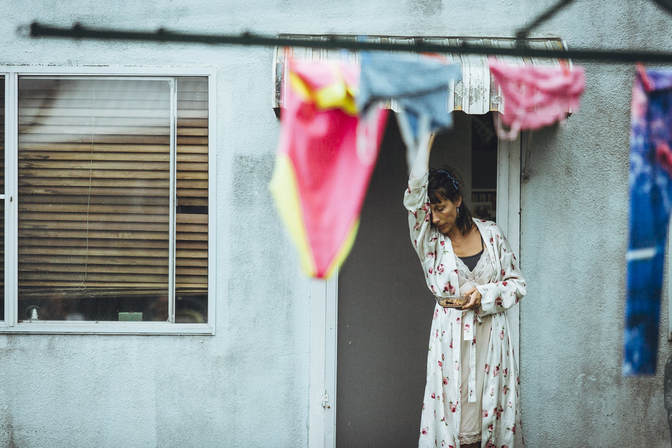 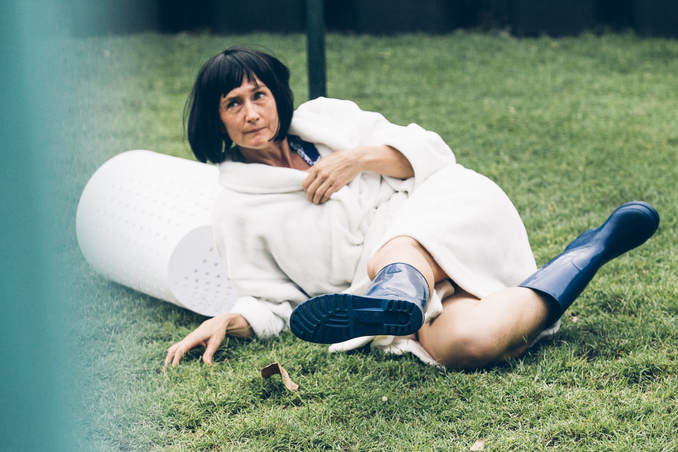 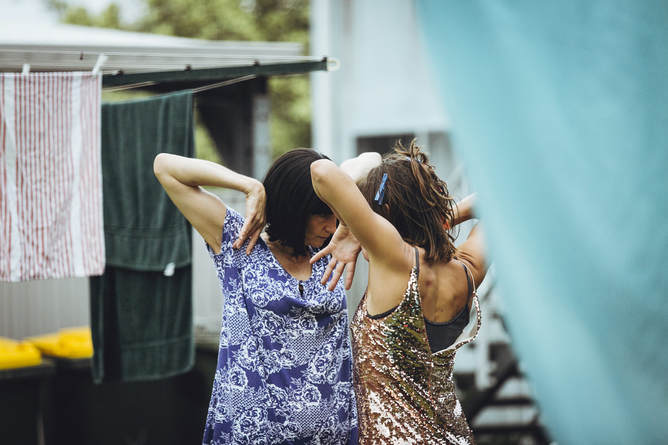 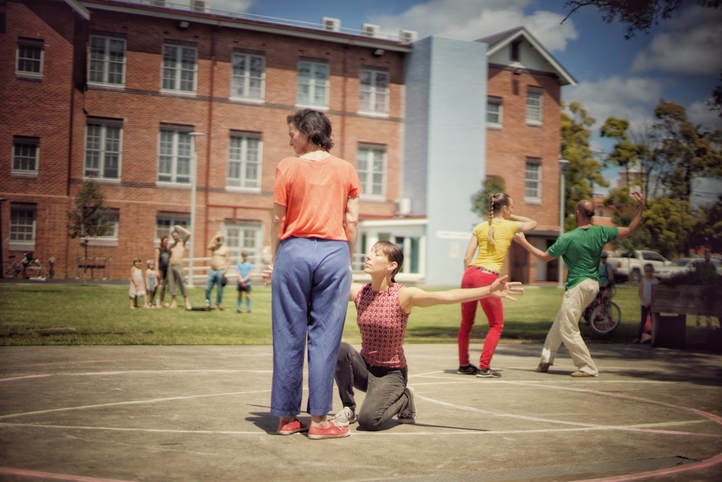 ​Patterns is the working title of a new site-specific dance work by VK Collective - Vivian Frehner and Kimberley McIntyre, in collaboration with dancers Phil Blackman and Colleen Coy. The performance has been devised for and inspired by ‘The Quad’ public community art space in Lismore CBD.
​The concept of the work is four dancers, moving and responding to each other supported by four musicians performing a new musical work composed by Australian musician Barry Hill.
Patterns is influenced by the work of Belgian choreographer Anne Teresa de Keersmaeker and hybridised improvised movement concepts including “walking scores” that engage with De Keersmaeker’s thematic aim: to “intensify the relation between dance and music”. Patterns investigates abstract play and responses within a non-linear narrative. Framed by the space as a spatialised image, it is a return to pure movement.

The music accompanying the work is a composition entitled “Iti Wan Seju” and is music for tuned mallet percussion and electronics. It is performed by students and alumni of the Southern Cross Contemporary Music Program. As a compositional work it is informed by the musical ideas of composers Brian Eno and Steve Reich and Electro minimalists Autechre. The sounds are inspired by imagery of a strange future Anthropocene/urban space.

This performance of Patterns has been funded by the “Plein Air” artist residency program; fostering the development of art works that explore themes relating to the cultural activation of public space, It is part of a series of new works curated and directed by the Lismore Regional Art Gallery and sponsored by Southern Cross University and the Northern Rivers Conservatorium. 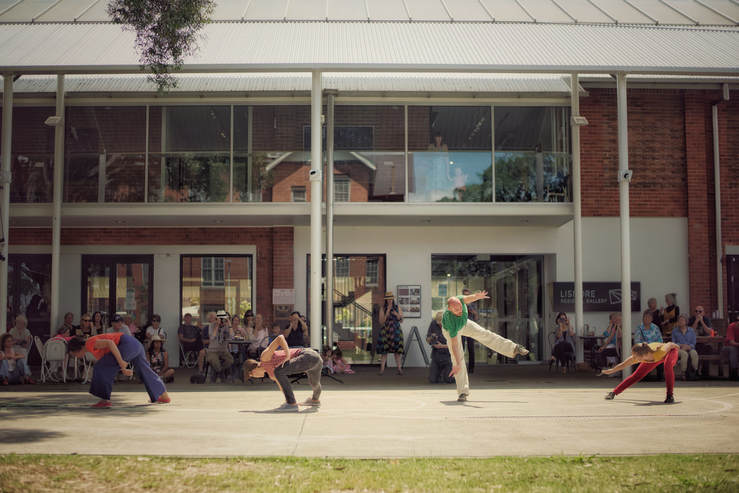